Alquimie: The Most Ravishing Drinks Magazine in the World? 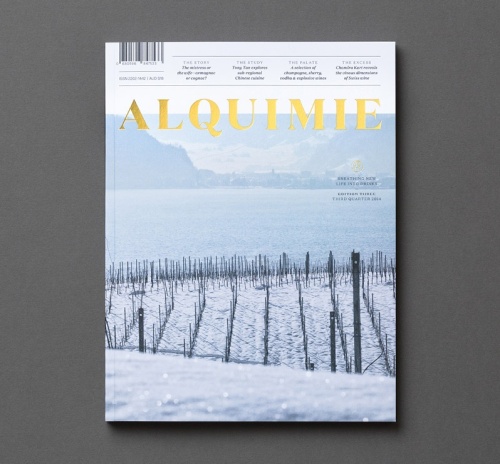 It looks like my days of hoarding handsome magazines have returned.

Wrapped in plain brown paper, my first copy of Alquimie arrived from an unfamiliar overseas address. Pulling it from the packaging with the excitement of an unexpected gift, I thumbed through the weighty edition’s pages, and instantly felt a potent nostalgia for the days of print. Is Alquimie the most ravishing drinks magazine to publish in the last decade?

While adopting a model of print media and shipping the cumbersome result around the world from its founders’ base in Australia sounds like a great way to turn any size pile of money into a smaller one (like owning a vineyard!), the team behind it hopes a readership yearning for beautifully written content and presentation, will support the effort.

Alquimie’s motto “breathing new life into drinks” certainly pertains to the physical attributes of the magazine, although it’s more reminiscent of a journal with its quarterly publishing schedule, matte cover, and heavy paper stock.  Each page shows careful, artistic intention both in layout and gorgeous photography. This tactile approach, meant to lure a base of practical romantics who long to hand write notes with the smooth comfort of a Mont Blanc fountain pen between the fingers, but succumb to email for the majority of their correspondence, will charm them (me) as intended. To address that important practical side, however, they’ve developed a sleek website. 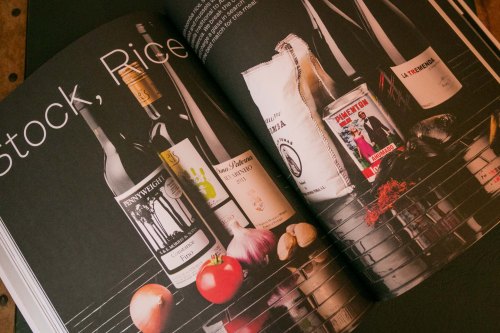 Fortunately, the authors, sourced from the founding team and journalists around the world, write articles as compelling to read as they look on paper.

The current edition (its third) tackles a diverse landscape of topics ranging from coffee, Armagnac, whisky, and little-known Swiss grape varieties. Food, integral to the experience of drink, also receives treatment: this quarter, author Tony Tan explores the sub-regional cuisines of China. In a section devoted to tasting and reporting on spirits and wine called The Palate, they review boutique Champagne, consider the nuances of vodka (nuance being the operative word), and compare notes on several value wine recommendations through the lens of professionals v. the lay taster.

Supplementing their subscription fees, Alquimie offers an interesting addition to the traditional media model: they sell wine. Josh Elias, the Editor in Chief, handles the selections, and although he says there isn’t a strict criterion on how he chooses the bottles, the people behind the projects share a similar narrative in that they are “small producers doing things a little bit differently.”  The wine subscription offer applies primarily to Australian residents unless foreigners have the wallet for astronomical, overseas freight charges.

So who is behind Alquimie? Four colleagues who consider themselves friends first, business partners second, according to Josh. The other three publishers and founders are James Morgan, Photographic Director; Nicholas Cary, Creative Director; and Raul Moreno Yague, Chief of Contributors. 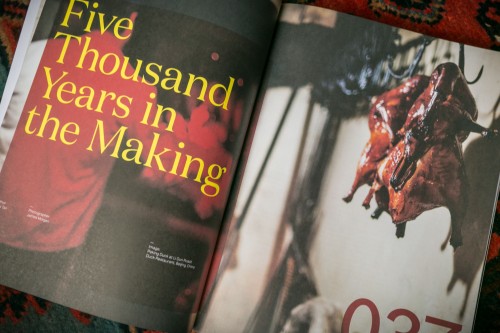 I emailed Josh a few questions to learn the impetus behind Alquimie’s creation, and to ask what they believe they add to the global beverage conversation. We also addressed favorite cocktails, up-and-coming producers in Victoria, Australia, and how Josh would like to be traveling in two places at once (Sicily and Piedmont).

What inspired the creation of Alquimie?

We wanted to produce a print publication that we could read ourselves. We couldn’t relate to the existing offerings. We wanted to produce something a little more democratic, less authoritarian with more of a focus on the narrative (the narrative of the story & the document). Drinks require context. Be it a dining table, or a time in history. The concept of ‘drinks in a vacuum’ never made sense to me.

What was your previous (or concurrent) profession?

I am a law graduate, who worked in a family business in the fabric industry and then spent nights working as a sommelier in fine dining. My grandfather quite rightly calls me a jack of all trades, master of none. Though, I’m studying the Master of Wine qualification at the moment, which hopefully means that one day I’ll prove him wrong. Alquimie occupies most of our time at present. Even when we are doing other tasks, working other jobs, it is on our minds.

How did you decide on the name?

It was about creation and narrative. We wanted something that hinted at a story and a science combined. We felt Alquimie — the original french derivation of Alchemy — ticked those boxes.

Did friends or family have doubts about taking the print channel, including global shipping?

For sure they were skeptical but I guess part of that comes from being protective. In terms of the evolution of print and the changing of that industry, we believe that the timelessness of our publication, our careful selection of tried and tested subject matter differentiates us from other, timelier magazines. We aim to be a reference piece. Our publication doesn’t mention current events or index the ‘hottest new releases’. Alquimie is not a guide or an index for instant answers, it is an opportunity to sit down and let your mind wander. I think our family and friends relaxed once they saw and felt the magazine. The quality of the finishes helps to create a universal acceptance of quality. Much of that is due to James’s photography and Nic’s design. They make my job, as a drinks writer, very easy.

What are you attempting to add to the world of drinks publishing? What did you think was missing?

I think it was missing accessibility and a sense of context. As an industry, drinks publishing is fairly good at communicating about the product, in isolation. However, wine media, as an example, are very much focused on the projection of their ‘objective truths’. To this end, the writing can be somewhat authoritarian and dictatorial. We wanted to step away from that style. It doesn’t benefit the consumer who may be trying to develop their own palate or embrace the beautiful variables to be found in drinks, of which there are many. Such is the problem with that phenomenal addiction known as ‘wine-scoring’. It doesn’t answer any of the ‘why’ questions. Rather, it encourages blind following. It also has the consequence of shortening the conversation with the consumer. It unduly simplifies the product to the point which, I believe, is somewhat disrespectful to the people who put all the effort into the growing, making and marketing of their product.

We prefer to talk about fewer products, giving each of them the respect that they deserve. These points are true for writing about coffee, water, spirits, etc. However, wine is a good example because I believe it to be the most experienced drink, in terms of communication. Our decision to write about all drinks, also helps to break down a few of the expected ‘norms’ associated with wine writing.

In terms of wine, I’d say that I drink either of pinot noir or nebbiolo most often. However, I try to taste widely in order to keep my palate sharp. As for spirits, I’m a sucker for Armagnac; the heat, the warmth and the sweet, spicy flavors. An old bottle of Darroze doesn’t go astray. As for cocktails, an old fashioned or a negroni are the two that you’d most likely catch me drinking.

What’s new or unique to the drink world in Victoria, Australia that people should know about?

Patrick Sullivan, Bobar, Linnaea wines, Melbourne Gin Company, Four Pillars Gin, and Madenii Vermouth. First and foremost, these are great people. Secondly, they create products with unique personality. They have curly edges and stark flavours. Most of all, they are delicious.

If you could be traveling anywhere right now, where would you be?

That’s hard. I’d say Sicily. Usually I’d say Piedmont because Barolo is my favourite wine region. However, there is such an amazing array of viticultural styles across the island. From the zesty whites and structured reds of Etna, through to the floral reds of Vittoria or the rich fortifieds of Marsala. The seafood and the pasta dishes are sensational and a welcome accompaniment to the wines. Not to mention the beach, the sun, and the architecture. Rock formations poking out from the sky blue water…. Getting carried away here….