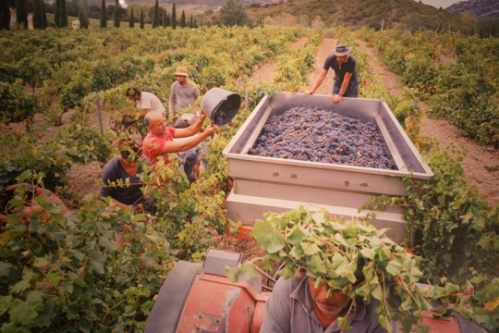 Last night, I attended “Being,” a collaborative wine and art exhibition in a brightly lit, white-walled gallery in Nolita, NYC thrown by Wines of Corsica. The event sought to transport wine enthusiasts to the French isle near Italy, a rugged, windswept place still raw and untouched in its beauty, but refined in its wines. Twelve producers brought their current lineup; guests noshed on cheese from Artisanal and perused photos of Corsica by Aaron Zebrook, the wine director at NYC’s Beatrice Inn, and art by Gabriela Bravo Clavello, a Mexican painter and industrial designer.

From what I tasted and the gorgeous photos I’ve seen (included the ones on display last night), Corsica is the most beautiful spot I’ve never visited, and I need to rectify that immediately. For now, we can at least drink the flavors of the island because 8 of the 12 producers at the show are in the NYC market. Several wineries noted in their tasting manual profiles that they are looking for representation. So, for any importers interested in Corsica, there are three more events slated for today through Saturday. For consumers, you can buy $30 tix here for the Thursday, Friday, and Saturday shows.

I didn’t make it through all of the wines, but I found six of the seven I spent time with, impressive. The typical varieties of Corsica are the white grape Vermentinu, and reds Sciaccarellu (pronounced check-ar-ello), and Niellucciu (pronounced nell-oo-cho). The range of expressions squeezed out of Vermentinu was surprising. Textures changed depending on the location of the vineyard, and the winemaking styles, and even fruit profiles differed enough to make every Vermentinu a new discovery. Apple, pear, citrus, lemon-curd, herbs, white flowers, a stony mineral character, hay, and occasionally, an oily note, could be detected.

The medium-bodied reds were often a blend of the two grapes: one for color and fruit, the other for tannin, and showed dark red/black fruits, pepper spice, licorice, savory herbal notes, occasionally a meaty/ferrous quality, and varying degrees of acid structure, depending on the side of the island the grapes were grown. 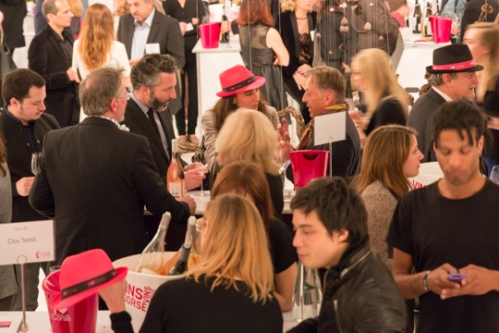 All images by Lauren Mowery

The surprise hits of the night were the rosés. Maybe I just long for this ghastly East Coast winter to choke and die, but sipping the refreshing, pale pink lovelies put visions of seafood on a warm, breezy beach in my head. The wines hit the perfect balance of delicate red fruits, orange citrus notes, and litheness and minerality on the palate, without  a single touch of sourness, bitterness, or sharpness of acid on the finish.  None. Corsican rosé should be stocked in your fridge all summer.

I posted a brief synopsis of the event on Unscrewed two days ago:

Wines of Corsica Presents “Being” at Openhouse Mulberry Gallery (201 Mulberry Street), April 9 through 11
Transport yourself out of Manhattan and onto the rustic and beautiful Mediterranean island of Corsica with “Being,” a one-of-a-kind, artistic event series dedicated to the dreamy French isle’s finest export — wine. Attendees will sample an array of local vins while viewing depictions of daily life through the eyes of two artists.

For three days — Thursday, April 9, and Friday, April 10, from 6 to 9 p.m., and Saturday, April 11, from 7 to 11 p.m. — nine Corsican producers will be on hand to discuss their wines, walk patrons through the process of winemaking, and describe the various grapes commonly grown on the island.

The visual component to the tasting was conceived by Aaron Zebrook, a photographer and the wine director at NYC’s Beatrice Inn, and Gabriela Bravo Clavello, a Mexican painter and industrial designer. Both artists spent ten days on the island during the harvest season in order to capture the essence of Corsica, from the wine culture and the natural surroundings to the people who call it home. Bravo Clavello creatively incorporates organic elements into her paintings by using Corsican soil, vines, and rocks. Zebrook will present his inspiring photographs.

Tickets for “Being” are $30 and include the wine tasting, cheeses by Artisanal, and the art show. 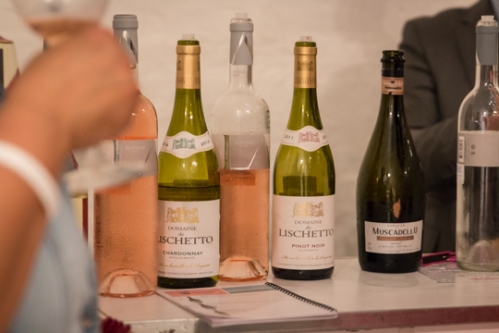 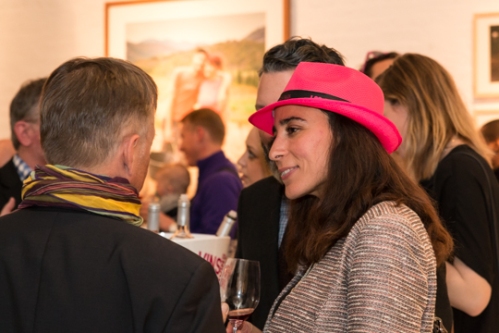 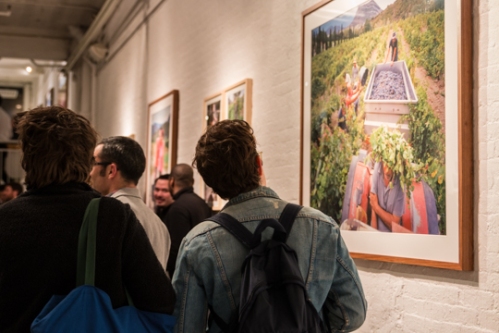 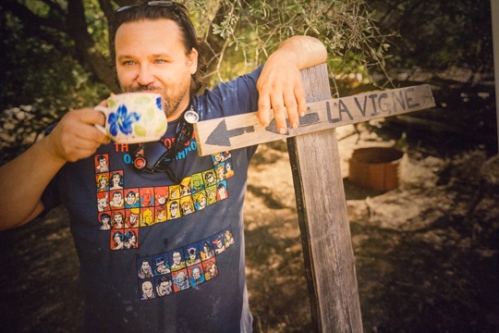 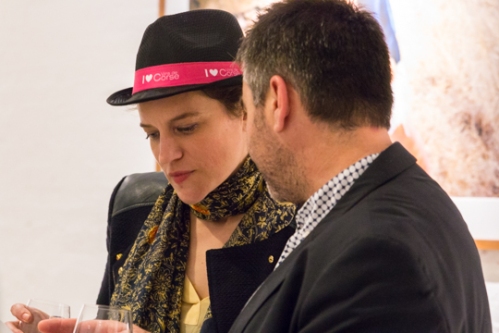 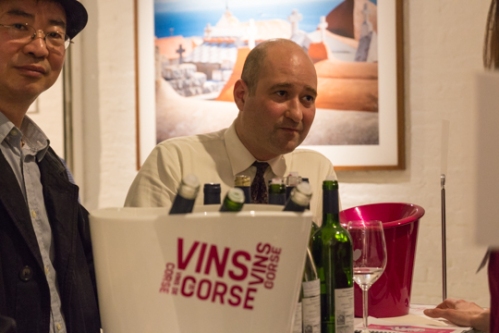 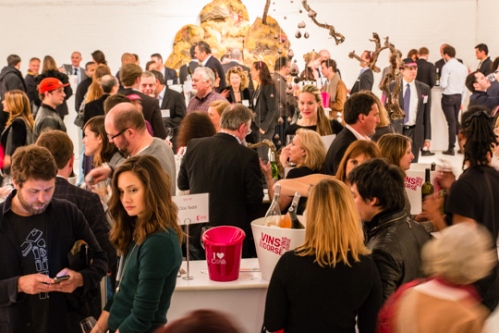 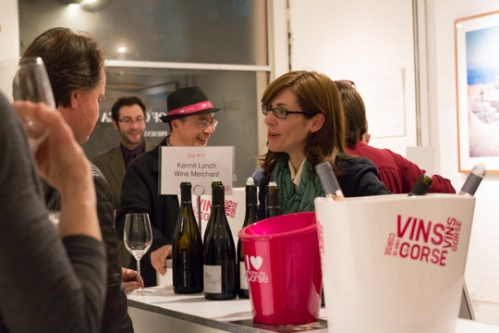 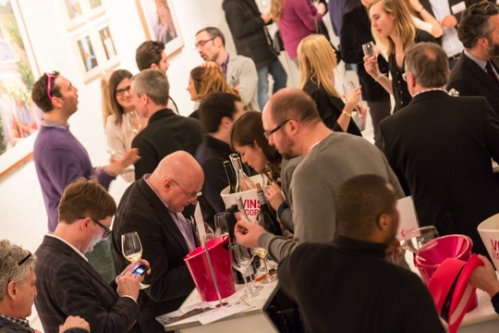 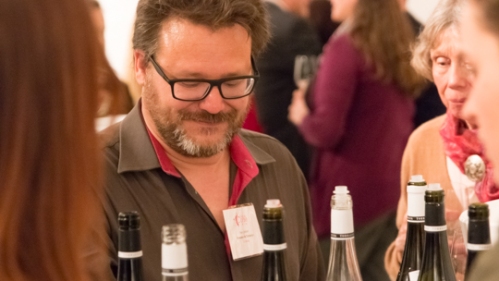 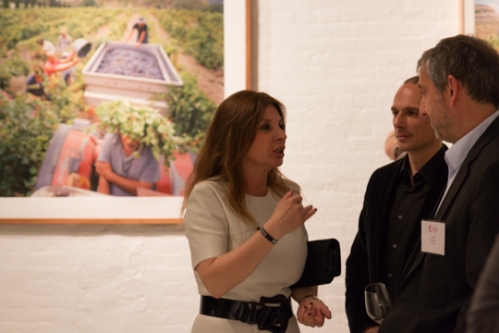 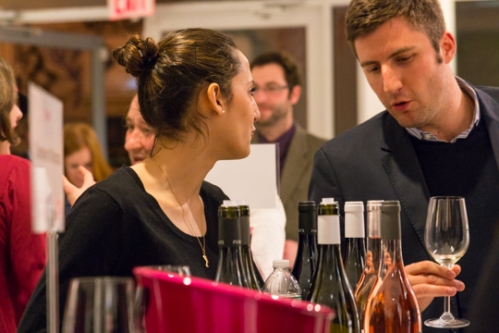 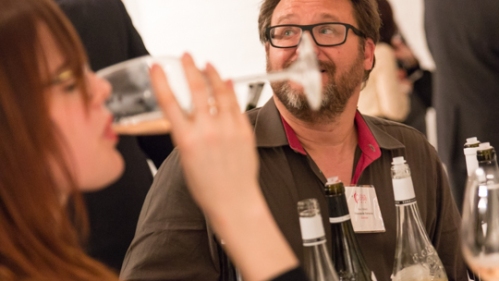 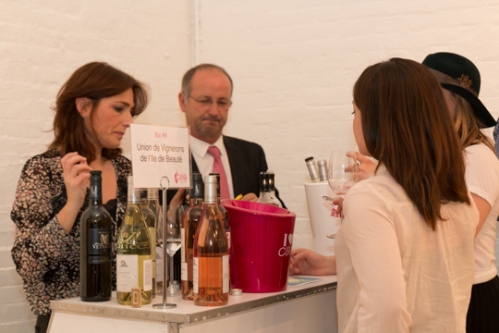 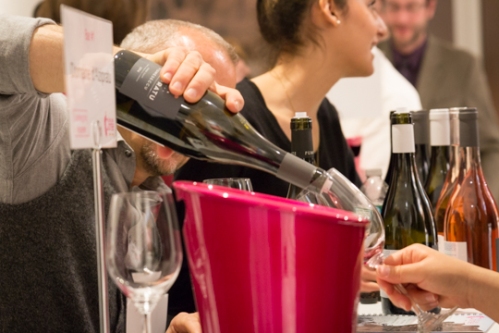 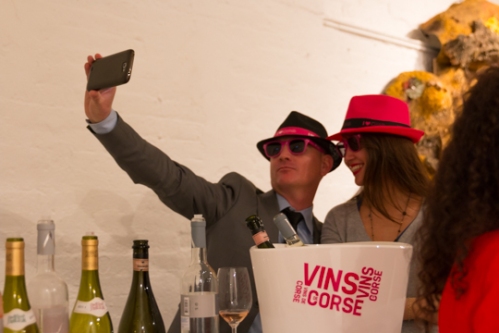