I was recently in Montepulciano, Tuscany. Here’s a primer on the region’s wine and why  you should consider finding Vino Nobile de Montepulciano in your local wine shop. 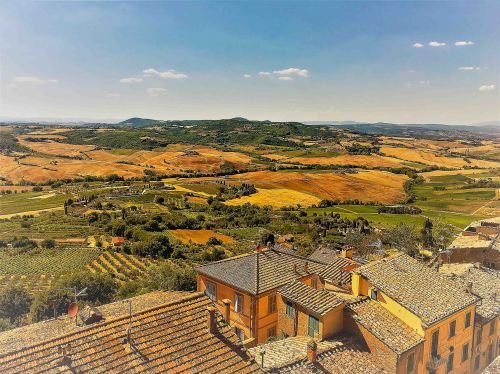 Perched high atop a hill in southeastern Tuscany lies the picturesque town of Montepulciano. In the province of Siena, this medieval city boasts elegant palaces, churches, piazzas, and sweeping vistas across the undulating landscape. However, the region’s reputation does not derive from this charming town center alone, despite its cameo in New Moon, the sequel to vampire saga Twilight. The local wine, Vino Nobile di Montepulciano, remains the primary draw for wine lovers and tourists today.

Viticulture on the slopes of the Val d’Orcia and Val di Chiana valleys spans back to the era of the Etruscans. By the 15th century, Montepulciano’s Sangiovese-based red filled the glasses of Sienese aristocrats; by the 16th century, it had earned words of reverence from Pope Paul III. The wine graced the pages of French writer Voltaire in his book Candide, was described as the “king of wines” by poet Francesco Redi, and appeared in Count of Montechristo by Alexandre Dumas. Indeed, the use of the word “nobile” in the wine’s name appears to stem from its importance to the Tuscan nobility.

Despite its fame, Vino Nobile entered a period of obscurity, at one point in the 19thcentury finding itself labeled as Chianti. A wave of mediocre wine contributed to its reputational decline. By the 1960s, however, Vino Nobile earned recognition as one of Italy’s classic red wine regions with the awarding of a Denominazione di Origine Controllata or DOC. In the 1980s, it received a DOCG (Garantita), the highest classification in Italy, finally returning this fine wine to its former prominence, at least in the eyes of the regulatory system. It has take longer to win over consumers. 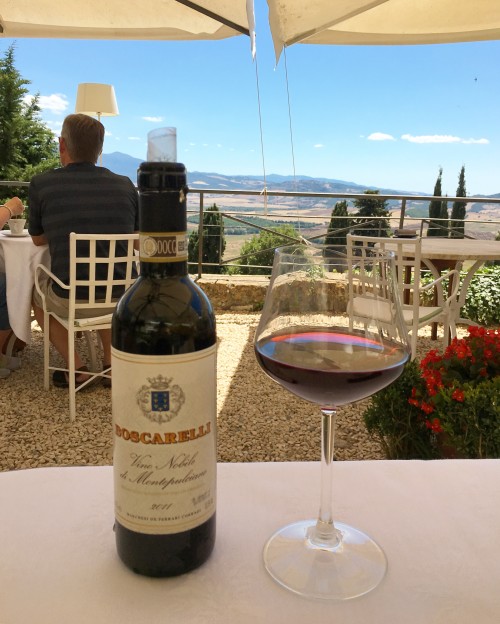 To conform to DOCG regulations, Vino Nobile wine must come from the hills surrounding the city. The key grape, Sangiovese grosso, is referred to locally as Prugnolo gentile. Sangiovese is well-known throughout the world as the most important grape in Tuscany, forming the base of Montepulciano’s more famous neighbors Brunello di Montalcino and Chianti Classico. One difference between these trio of top growing regions, however, is the amount of Sangiovese required in the wine.

Where Brunello calls for 100 percent and Chianti a minimum of 80 percent, DOCG rules stipulate a minimum of 70 percent of Sangiovese in Vino Nobile, the rest a complement of local varieties like Cannaiolo, Colorino, and violet-scented Mammolo. In recent years, however, a new generation with fresh ideas, has taken the helm of wineries; they’ve placed greater emphasis on showcasing a single varietal, often bottling pure Sangiovese for their top wines.

As for aging, regulations require a minimum of 24 months (36 for riserva wines), of which 12 months must be spent in oak barrels. Local winemakers have long used large Italian botti made from Slavonian wood over small French barrique, because the purpose of aging was not to add flavor, but rather to soften and smooth Sangiovese’s firm tannins while preserving freshness and fruit. The smaller barrels, when used too aggressively, can contribute toast and vanilla notes that mask the elegance and transparency appreciated by Sangiovese enthusiasts.

Depending on the producer and their line of wines, Vino Nobile comes in different styles: from accessible, fruity, and youthful, to graceful and complex with significant aging potential. Regardless, Vino Nobile typically displays a ruby-red hue in youth, developing a garnet-orange tint over the years. The succulent, medium-bodied palate is awash with flavors of plum, wild cherry, and raspberry, often accented with violets and spice. Mouthwatering acidity is a hallmark of the grape, making Vino Nobile an excellent food wine, especially in a region with longstanding culinary traditions.

But what fans of Vino Nobile appreciate most is its compelling value: prices and reputation haven’t caught up with the quality strides of recent decades, making it a great value compared to Brunello and Chianti Classico. A fine, noble wine for a song from a beautiful place rich in history? Sounds like an offer that’s impossible to refuse. 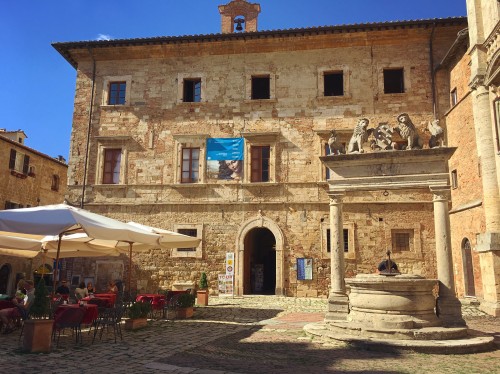