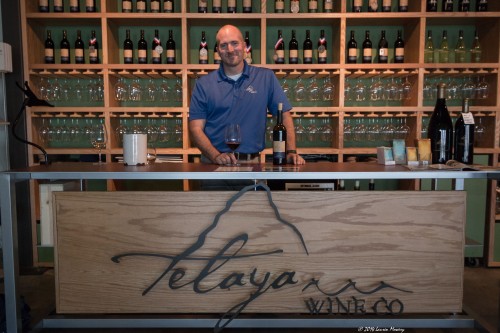 After chatting with Melanie Krause of Cinder, I conveniently walked three feet left to Telaya’s tasting bar to meet with Owner Earl Sullivan. His wife Carrie was not available to meet.

Telaya founders Carrie and Earl both originated from the Midwest: Carrie from the suburbs of Indiana, and Earl from a tobacco and cattle farm in central Kentucky. They met as college juniors studying tropical ecology in the Galapagos Islands. Advanced studies and work took them around the world before landing in Boise for Earl’s work in generic pharmaceuticals in 2002.

As the pair approached 40 while visiting the beaches in Cabo, Mexico, they looked inward at their lives and asked how they envisioned their future. After much consideration and having agreed on their mutual love of wine, Earl came up with the name Telaya (combining “Teton” with “playa”), and their next adventure was borne.

The pair came to know a group of winemakers in Washington State who helped them strike partnerships to make wine using Columbia Valley fruit. In the fall of 2011, Telaya moved into the winery facility on 44th Street with Cinder. The facility has provided an urban environment for them to offer tastings and host wine events, while learning from others working in the space. Although their wines were originally sourced completely from Washington, the couple has committed to making more wines from Idaho, starting with their 2012 vintage which saw several 100 percent Idaho fruit bottlings.

Both you and Carrie had former professions before deciding on a second career in wine. Are you making the wine or do you have help? We make the wine, now. We initially hired a consultant to help us select fruit, make the wine, and troubleshoot problems in the winemaking process. Although we now have an assistant winemaker, 2014 will see our first year working pretty much independently. I [Earl] have found that the Cinder space is a collaborative community, and because each winery has three distinct brands, styles, and goals, we aren’t hugely competitive. I’ve learned a lot from my peers here.

How did you decide on the grapes and styles to make? First and most importantly, we wanted to make wines that we like to drink. I find there are less herbal flavors in the Cabernet from Washington than Idaho, which I prefer, and Carrie’s taste for Chardonnay leans towards heavily oaked, buttery styles like Rombauer. Carrie and I believe Viognier makes a good bridge wine for red wine drinkers into white territory, so we make one as well.

Why did you decide to switch to Idaho fruit after getting started with Washington grapes? We are making approximately 2000 cases, half of which is Idaho, half from Washington. We decided to switch to Idaho fruit in part because it is easier to work locally rather than traveling to Washington to oversee the vineyards and harvest and then bring it back to our facility for crush. The back and forth was starting to feel like the aspect of our previous careers we had wanted to escape: non-stop traveling. Also, we started out with great contracts in Washington and I wasn’t initially impressed with some of the Idaho fruit I’d seen, so it took us a few years to convert, but we are excited about it now.

Look for Telaya wines from the Snake River AVA

Do you have any ambitions to own or plant vineyards in Idaho? We’ve just planted fruit for the first time in the Sunny Slope area of the Snake River AVA. We’ve helped plant six acres for a grower, two of which will be ours. It’s taken a lot of work. We will have Petit Verdot and Malbec in a few years though!

What are the pros and cons of working in Idaho?

On the positive side, there’s a huge “support local” movement going on and the growing awareness of Idaho wines is in turn improving the industry. Also, I consider myself an entrepreneur and a business guy, so I appreciate that I am on the front-end of an industry that might explode. We could be Walla Walla twenty years ago; just look at the growth in that region now.

Also, there’s a lot of great opportunity out here for accessory businesses, e.g., mobile bottling units. People are desperate for them, so any enterprising folks out there with a half a million to invest in one, might find it a profitable opportunity.

The negative side would be our lack of resources. Unlike Washington and California winemakers who’ve got everything at their fingertips, when we want simple supplies like yeast and chemicals, we have to get them from our colleagues over the border.

Another downside is that viticultural practices are lagging here as compared to neighboring regions. The state hasn’t been as proactive in funding and encouraging viticulture and enology education, but hopefully it will soon. Idaho has great farmers, but what we need are wine growers. When you are used to farming in a desert and extracting a lot of fruit from your fields, suggesting to your grower they drop fruit is like heresy. The industry thus needs to be appropriately tuned in to paying the prices for that kind of work, too.

What are your primary markets? Right now: Boise, McCall, and a little of Eastern Idaho near Twin Falls. We’ve got a wine club and I can ship to New York!

My Tasting Notes: Unfortunately, the wines I tasted during my visit were all made from Washington State fruit, so I’ll leave out tasting notes since Idaho is my focus on this trip and tasting report. However, the wines I sampled were bold with personality and showed craftmanship given the couple’s relatively novice experience. I recommend seeking out Telaya to taste their upcoming Idaho releases.

I write this post sitting in a log cabin in the middle of the Sawtooth Mountains near Stanley, Idaho. I’ll be lighting a fire and, dreadfully, donning my winter jacket for the first time this season; tonight’s expected low: 23 degrees Fahrenheit. Summer concludes precisely — cruelly — on Labor Day out here.

Not anticipating functioning wifi, I flipped open my laptop and the connection light blinked on.  Is there no place left in the world detached from the grid aside from the far western Sonoma coast? Regardless, here I type, at the base of stony, jagged peaks in a state to which cartographers had oddly apportioned a wide bottom with a long, slender finger that stretched north to Canada. I’d stare at maps as a child (and still do now), imagining life in the American West of this exotic state, so it feels odd to finally be here  — with my dad — because the fascination I held for Idaho (and surrounding states) was partly an extension of my father’s. 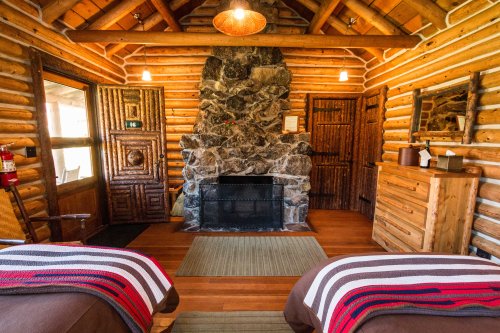 My dad grew up a little bit country in Circleville, Ohio, where my great-uncle bred horses for harness racing. Likely a product of the era of his youth, one in which country western films featuring icon John Wayne pervaded the imaginations of growing boys, my dad took a curious shine to all things cowboy and Indian Native American. The toys of his youth reflected this interest which never abated with adulthood.

He’s the only lawyer in Columbus who wears cowboy boots to work and before judges in court, often dressed in a suit. He admits to not owning a single pair of dress shoes but several pairs of Tony Lama and Ariat boots. I believe he once subscribed to Cowboys & Indians magazine, and I know he acquired two reproduction Remingtons to conciliate his dream for an authentic one. (Remington was the equine sculptor who worked bronze into taut, sinewy horses and cattle ropers frozen mid-action.)

Although unable to afford him the gift of a collector’s piece, I offered my dad passage to visit Idaho as a co-captain of my rental car to explore this curiously unadvertised and sparsely populated slice of the West. In addition to traversing the Sawtooth Mountains to ride horses and fish at the Idaho Rocky Mountain Ranch, we’d visit nearly a dozen wineries in Boise and its surrounds. Characteristically, his first question was not “wine? In Idaho?” but rather “can I bring my cowboy boots?” Yes dad, bring your Tony Lamas. And your Stetson.

They Make Wine in Idaho

My thin knowledge of the Snake River AVA, approved in April 2007, stemmed from my WSET Diploma exam studies. I’d never actually drank an Idaho wine, let alone seen or heard of one in NYC. The Idaho Wine Commission was prescient in selecting me to visit; I immediately said yes. Intrigued by the chance to visit this state still unknown to me, especially one about which so little was written, I crossed my fingers I’d discover a pioneering wine scene to accompany the state’s unspoiled rivers and mountains. 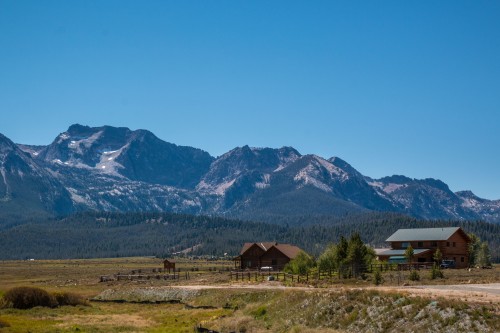 Idaho had one winery in 1976 and 51 by 2014. The Snake River AVA encompasses 8000 square miles with a little less than 1300 acres planted. Most vineyards are in the Snake River area which lies 30 minutes east of Boise, the best found around Sunny Slope.The leading varieties are, for whites: Chardonnay, Riesling, and Viognier; and reds: Cabernet Sauvignon, Syrah, Merlot, Malbec, and Tempranillo. Elevations range from 600-3000 feet.  The climate is desert-warm with cold nights, and well-draining soils with access to irrigation from the river and reservoirs.

This industrial strip by the river, ten minutes from downtown Boise, functions like many wine ghettos that have sprung up around the country (Lompoc near Santa Barbara, California and Woodinville near Seattle, Washington), in that it provides young, enterprising winemakers affordable space to pursue their craft when owning vineyard land for a winery is not yet feasible. A particular strip of East 44th street has attracted several small optimists: Cinder, Telaya, Coiled, and Split Rail. The first three are located in a renovated warehouse, the latter in a former auto body garage.

My review of the wineries…