Visit Switzerland for the wine, but don’t skip the Matterhorn. All images by Lauren Mowery.

In continuation from yesterday’s post, and a repost of my original article in USA Today…

Dramatic vineyards aren’t solely the domain of Vaud. Given Valais is home to the ski resorts of Verbier and Zermatt, it is logical that the highest grapes cultivated in the country reside here, too. Not to mention some of the most remote, difficult-to-pick locations, often planted to tiny plots of obscure grapes, the sight of which leave you wondering about the sanity of the growers. Petite Arvine, Cornalin, and Chasselas, known locally as Fendant, are prevalent.

Wine isn’t the only prized product in the alpine region. Warm and creamy, Raclette du Valais carries its own designation of origin. Legend has it a Valais vintner conceived the concept on a cold day when he melted a slice of raw milk mountain cheese over a wood fire. As though melted cheese needed inventing. 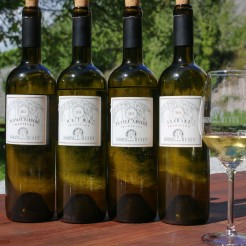 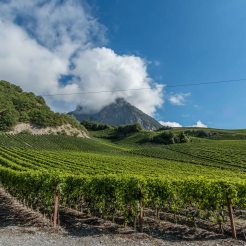 Robert Taramarcaz’s wines deserve attention based on the merit of the juice alone. However, it didn’t hurt that one of Robert Parker’s top reviewers, David Schildknecht, reported back with praise for the vigneron’s Petite Arvine. While definitely a highlight from his wide range of wines, local grapes Heida and Humagne Rouge, plus Syrah and Merlot, merit tasting.

Rouvinez in Sierre (Monday-Saturday, no appointment)

As one of the region’s larger producers, Rouvinez also sports the sleekest tasting room. At the bar, visitors can sample wines sourced across the family’s multiple estates, while catching a price break on bottles: Rouvinez makes some of the best 14 Franc Fendant and Gamay in the valley. 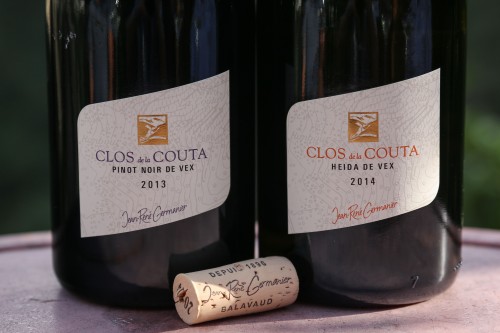 Jean-René Germanier in Vetroz (Friday, Saturday; or tasting by appointment)

Cornalin. You’ve never heard of it and won’t find your neighborhood retail shop stocking it next month, but this Swiss grape, in the hands of Jean-René Germanier and his nephew Gilles Besse, is worth tracking down. For those who doubt the mountainous country’s potential for full-bodied reds, this savory, plummy wine tastes even bigger than the 13.5% alcohol inside. 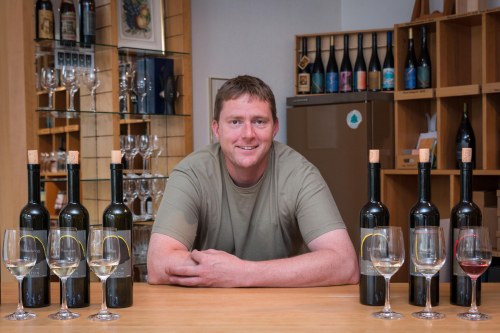 In an era of vinous homogenization, the family behind Chanton pride themselves on preserving Switzerland’s diversity. No plot is too small, or too steep, no grape too obscure, for the chance to be turned into wine. Enthusiasts keeping scorecards on the number of varieties they’ve tasted, can add a dozen, like Gwass, Himbertscha, and Eyholzer Roter, in the tasting room. 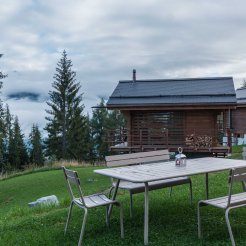 Alpes et Cetera If you don’t mind daily 25-minute drives, up and down hairpin-turn mountain roads, book this unique property. The young owners, both formerly in the architecture business, built eight cozy chalets, each decorated in a different theme highlighting an aspect of Valais culture.

Dinner at Château de Villa in Sierre. You’ll want to follow the aroma of fire-roasted fromage as soon as you arrive, but spend an hour in the vinothèque, or wine tasting bar, first. The thorough retail and by-the-glass selection covers the most important producers to the scarcest grapes. Inside the restaurant, let veteran waiters guide you through the distinct Raclette of each Valais village. Yes, that means multiple plates of hot cheese for dinner. But you get potatoes, gherkins, and pickled onions, too. 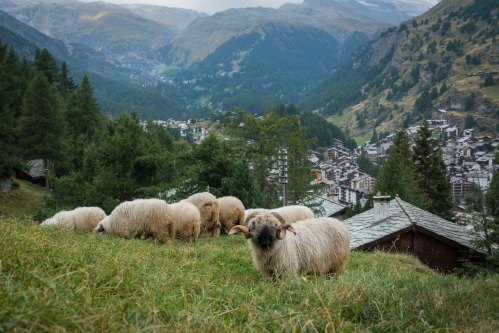 Zermatt. If you came as far as Valais, you’d be remiss not to spend two days hiking around the spectacular Matterhorn. Bed down at the cozy, upscale Cervo Hotel; their restaurant features a host of Swiss wines to accompany the contemporary country fare.

In this picturesque slice of the Rhine Valley, producers cultivate an overwhelming 45 grapes, although visitors should focus on just two – one an international star, the other a local oddity.

Pinot Noir (aka Blaüburgunder) producers refer to their enclave as Little Burgundy for good reason. They make nuanced, elegant, age-worthy wines that win international honors, but limited production that is domestically consumed, keeps this corner of fine wine country in relative obscurity. But you wouldn’t know it walking the quartet of towns Malans, Jenins, Maienfeld (Heidi’s home), and Fläsch; each one is stacked with cellars, the streets supplied with maps and arrows to assist wine tourists. In addition to great Pinot Noir, Completer, a white grape first referenced in 1321, provides further wine geek bait. A handful of producers like Dontasch saved it from extinction to produce dry, high acid expressions that can evolve in the bottle for decades. Approximately five acres are cultivated, making it one of the rarest fine wines in the world.

“Everything I’ve bottled has at one point, been in my hand” explained Martin, the effusive, English-speaking younger half of the Donatsch family father-son winemaking team. Their winery and wine tavern are located in the center of Malans; beneath the property and city streets, runs a labyrinth of tunnels still in use. His dad Thomas is a pioneer among Swiss vintners as the first to experiment with classic Burgundian winemaking methods, notably with wooden barrels he received from La Tâche as a gift. Both the Chardonnay and Pinot Noir are in high demand due to big points scored with critics, but their Completer is the true rare treasure for collectors.

Obrecht in Jenins (tastings by appointment)

Fifth generation winemaker Christian Obrecht partners with his viticulturalist wife Francisca, at their small, biodynamic winery. Their main vineyards range in age from 35-55 years old, and he works primarily with old Swiss Pinot Noir clones because, as he explained, “Burgundy clones are too drinkable” for his taste. See if you agree.

Perhaps better known internationally for their recently-sold properties in Marlborough and Tuscany, the family now focuses all their energy on their Swiss enterprise. Walter Fromm runs the show, focusing on Pinot Noir; the lineup includes a village-level wine, and four vineyard-specific bottlings to showcase the influence of soil. 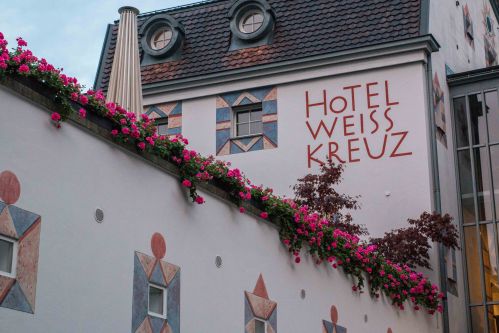 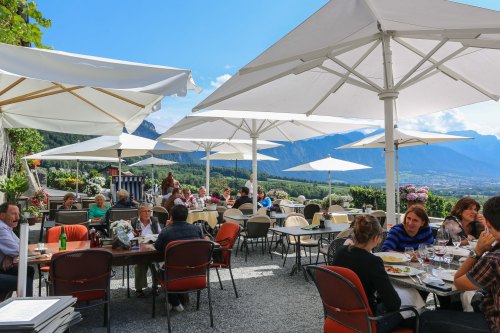 Lunch on the terrace at Restaurant Alter Torkel overlooking the mountain-framed vineyards.

Book a half or full day wine country tour with Wine Tours Switzerland. Owner Gian Carlo Casparis speaks a handful of languages, is the only outfit in the region, and is well-connected. 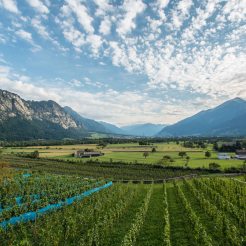 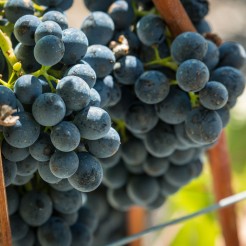 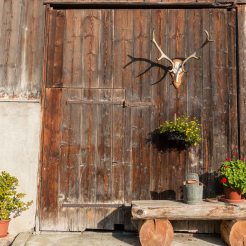