Part of the purpose of this blog is to highlight places I have been and wines I drank there. But there are literally hundreds of regions in which I have yet to step foot; so if I can’t get to the wine, let’s bring the wine to me.  After a long spell this winter without a plane ride or road trip—4 months is an eternity—I was feeling stranded on the not-so-deserted island of Manhattan, and was thus inspired to create a series on Untapped Regions.  The goal of this series is twofold:  taste through a place I have not personally visited by gathering 8-10 representative bottles, and highlight a region that is generally overlooked by the current wine consumer or marketplace. 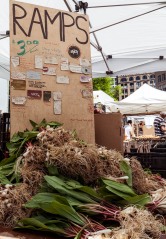 I take cues for my wine selection from the season.  The stands at the Union Square Greenmarket are swollen with ramps, spring garlic, asparagus and rhubarb; the typically dingy city air is fragrant with blooming lilacs; the vivid hues of orange tulips and yellow daffodils, planted in Abingdon Square Park, are electrifying—for once, a wise use of taxpayer money. Yes, folks, the fleeting season of Spring is upon the city to tease our senses before slipping away for another year.  I plan to make the most of this perfect time in New York by celebrating with a review of Australian Rieslings, for my inaugural Untapped Region exposé.

I specifically chose Australian Riesling because the Aussies produce them in a crisp, citrus-y, high-acid, desert (not dessert)-dry style with serious ageability; and because Australia has completely fallen off the American wine drinker’s radar. 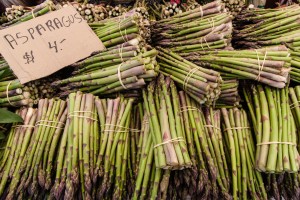 Come out, come out wherever you are…

Australian wines were prolific in the American market for many years, but in the last decade, they have virtually disappeared from the shelves from many wine stores, notwithstanding the soulless mega-brands like Penfolds, Jacob’s creek, Wolf Blass, Lindemans, Rosemount (you can thank Foster’s for many of these) and the most popular slop, Yellow Tail.  If you don’t believe me, go to your nearest wine or liquor store and you can probably count on one, maybe two hands, the number of non-mega-brand wines that they carry.  In fact, it is kind of eerie.  I took the picture below from a medium-size, highly regarded wine shop in Manhattan.  I have tried to disguise the photo, as my point is to merely highlight that there are only 14(!) wines from Australia, and only one (top left corner) is a Riesling.  It happens to be the most expensive one available in our market, and one that I taste during this trial.  There are double the number of wines from the south of France, located next to the Australian section, encroaching on Aussie shelf territory.  Jeesh- no love for our winemakers down under. 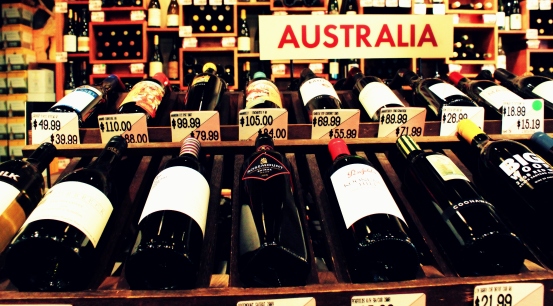 So, what happened in America (because the Brits and Europeans are actually drinking this stuff)? Two things: Yellow Tail for one, and the blown-out style of Shiraz, for the other—both of which flooded our market. “Cheap and cheerful” as a marketing platform for Wine Australia dulled our palates to their products; they tried to corner the market on affordable wine, and as a result painted themselves into a discounters corner.  At the higher-end of the spectrum, too many wines were made in an overripe, alcoholic and over-oaked style (I am referring to Shiraz), that blasts taste buds and doesn’t go well with food.  What Australia failed to do was distinguish its wines regionally—think Napa Cab or Burgundy Pinot.  Wine drinkers will believe in the value of the product when certain factors are promoted—a sense of place, that the wine can’t be recreated anywhere else; specialization in producing a few varietals really well; and a history of wine production: the vines in Southern Australia are phylloxera free and many Riesling plantings are up to 120 years old—Pewsey Vale has been producing for 164 years!  Australians have made wine for more than a century, so I can’t believe it is all bad down there.

Riesling by the Region

Clare Valley and Eden Valley are the iconic regions for Riesling production, both located in the driest state of the driest continent in the world. The miracle of water!  Clare Valley is north of Adelaide and West of Barossa, in a high altitude pocket.  Riesling is the dominant varietal and nearly every winery makes one.  Eden Valley is located in the Barossa Zone (known for big Shiraz), but has a cooler climate and higher elevation than Barossa Valley, making it perfect for the varietal as well. 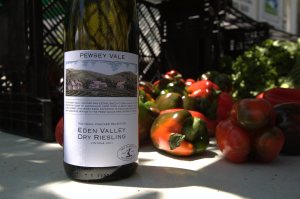 Unfortunately, because of the backlash to the perceived crappiness of the Australian product, specialty importers shuttered their shops and gave up on the U.S. market.  This means less diversity of wines from boutique and medium-size wineries, making it harder to find great breadth of examples of Clare and Eden Valley Riesling.

Because Australia’s market share in America has declined, there are actually great deals on the wines when you can find them, especially online.  I sourced from 3 sites since each one had more than a bottle or two in their inventory, and I didn’t want to pay shipping 9 times from 9 different stores. I found Wine.com, Sherry-Lehman and K&L Wine Merchants to have enough to fill my need.  I believe I tracked down a good cross-section at multiple price points and vintages.

In addition to tasting the wines and offering my impressions, I will also suggest travel pairings.  It may seem unusual, but if you are like me, you appreciate a little travel titillation with your wine.  A girl can dream, can’t she? 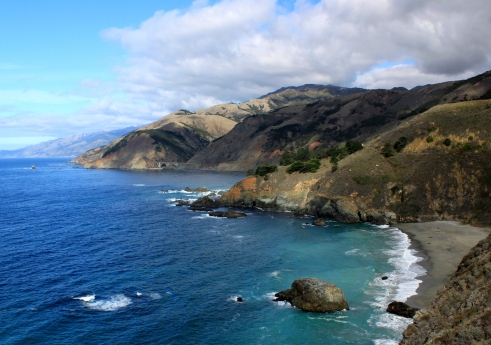