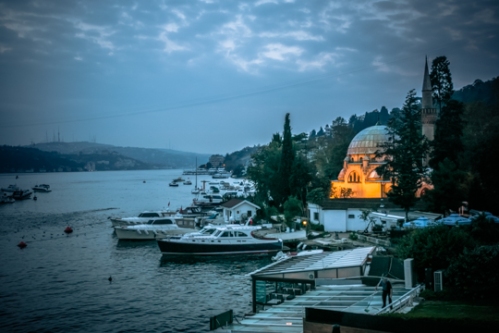 Looking to inject spice and exoticism into your staid wine-drinking routine? This June, head east. Pass Long Island, cross the Atlantic, skip over Spain, France, Italy…then stop. You’ve hit a cluster of emerging wine regions vying for the attention of sommeliers and tastemakers that are superseding Georgia as the new “It girl.” Start with gorgeous Croatia, a wine-rich culture blessed with a long Adriatic coastline, and continue east, curving around the Black Sea with Moldova, Bulgaria, and Turkey; each country offers indigenous grapes at affordable prices, allowing imbibers to visit far-flung locales, via wine, for less than $20.

Local experts weigh in on why these wines will intrigue you, and what bottles you can find on the market now.

Croatia
Cliff Rames is a New York City sommelier certified by the Court of Master Sommeliers. He has devoted most of his free time to his labor of love, Croatian wine. He’s both founder of and brand ambassador for Wines of Croatia, and he has conducted masterclasses in NYC on behalf of the Association of Winemakers of Croatia.

“The wines of Croatia may be new to international consumers, but vino has been an embedded part of the region’s lifestyle for more than 25 centuries. The tradition continues with a new generation of winemakers focused on preserving indigenous varieties, such as graševina, malvasia istriana, and plavac mali — an offspring of zinfandel, which originated in Croatia — grown in some of the world’s most unique terroir. From the cooler continental region, look for certified organic Enjingi Graševina 2012 [SRP $13], a savory, refreshing white with dusty notes of dried apple, pear, honey, and petrol. From Croatia’s hot, island-studded coast, the Bibich R6 Riserva 2011 [SRP $20] is a tasty glimpse into the potential of indigenous reds: a blend of babić, plavina, and lasina, it’s vibrant and balanced, finishing with notes of ripe cherry, dried fig, roasted Mediterranean herbs, and distinctive friškina — ‘scent of the sea’ — minerality.”

Turkey
Last October, the promise of tasting seldom-exported indigenous grapes lured me to three different wine regions scattered across Turkey’s vast, rumpled landscape. What I found was a country in the midst of a vinous renaissance, enjoying a decade of boutique-winery growth stretching from the Aegean to Georgia.

Bulgaria’s southeastern boundary adjoins Turkey, but viticulture doesn’t stop at the border despite the predominantly Muslim population that lies within. In fact, winemaking in Turkey dates back nearly 7,000 years to the time of the Hittites. International grapes have sneaked their way in; cabernet sauvignon and cabernet franc commonly share vineyard space with hard-to-pronounce natives like the juicy, cherry-flavored öküzgözü and the tannic red boğazkere. In the Ankara province, however, Vinkara Winery focuses exclusively on local grapes like narince, a refreshing, stone-fruit- and citrus-laced white, perfect for summer sipping, and kalecik karasi, an earthy, berry-fruited red with a delicacy reminiscent of pinot noir. Try the Vinkara Winery “unoaked” Narince 2013 (SRP $15) and Kalecik Karasi Reserve 2011 (SRP $25).

Although winemaking is still legal, recent years have seen the Muslim government lead an anti-alcohol campaign in the name of public health, marked by the passage of new, restrictive laws that threaten to strangle the burgeoning industry. For example, wineries cannot market themselves or their product: It is illegal to hand out business cards and informational brochures, or host websites referring to wine. Their future is uncertain, making the international market extremely important to their survival. Drink Turkey and lend your support! 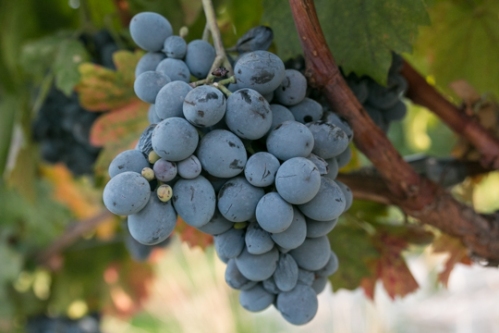 Moldova
Mike DeSimone and Jeff Jenssen earned their moniker, “World Wine Guys,” the hard way: by traveling to every corner of the planet in search of exciting wines (tough, but someone must do it). They’ve shared their wisdom in books and magazines, on television, and, most recently, during a seminar they hosted on Moldovan wine in NYC at the Astor Center.

“Wines from Moldova face more of a challenge in the U.S. at the moment because there are fewer of them in the market. Moldova is one of the poorest countries in Europe, wedged between Ukraine and Romania, but with financial help from the European Union they are holding trade tastings in countries such as the U.S. and England. If you can get your hands on a bottle or glass of feteasca alba or feteasca neagra — respectively, white and red grapes indigenous to Moldova and Romania — give them a try. Feteasca alba is a pleasing aromatic white, while feteasca neagra is vinified into a complex red with flavors of cassis and dark berries. They are hard to find, but one producer that has a presence in New York is Purcari Estate, like the Purcari Rara Neagra 2012 [SRP $17]. Wine drinkers who like to ‘drink their way around the world’ should definitely seek out indigenous varieties from Moldova.”

Bulgaria
Hot on the heels of their Moldova presentation, the World Wine Guys hosted a Bulgarian wine lunch at Corkbuzz.

“Although Bulgaria is one of the oldest wine-producing countries in the world, with archeological evidence of winemaking dating back 9,000 years, its wines are almost completely new to the American market. Wines are made from international varieties such as cabernet sauvignon, chardonnay, and viognier, as well as native grapes such as mavrud, a rich, deep red. One of the best things that Bulgarian wines offer to wine drinkers is value for price, with a surprising number of recent ‘Best Buys’ in Wine Enthusiast, where Jeff tastes wines from the ex–Soviet Union and Yugoslavia. A terrific bottle to try is Chateau Burgozone Chardonnay 2012 [SRP $14] from the Danube River Plain, which has tropical fruit flavors and a crisp, clean finish.”