Under the Umbrian Sun, Part 5: Adanti 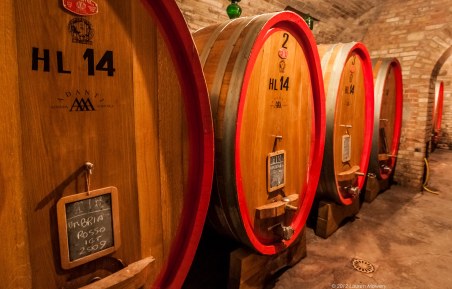 Adanti was my last winery stop in Bevagna and a perfect finale to my mini-tour of this slice of Umbria. Founded in 1974 on the hill of Arquata, Adanti winery was the vision of the Adanti brothers Domenico and Pietro; they purchased an old convent, the 17th century home to a congregation of wine-loving Fillipini monks, and converted it into a winery.

While visiting Adanti’s tasting room, I met the first cellar master and winemaker Alvaro Palini, along with his son Daniele, the current winemaker. Even though I was unable to communicate with Alvaro, his mannerisms revealed an adorable, sprightly senior and enthusiastic host. Donatella Adanti was also in their makeshift tasting room (the winery is currently being renovated), and proffered the story of how Alvaro came to make wine for them. 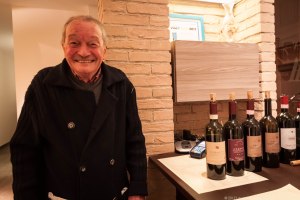 From tailor to winemaker

Back in the late ’70s, Alvaro Palini, a tailor and Parisian dressmaker, returned from France to his native region of Umbria just as the Adantis were making their first wines. The brothers asked Palini to assess their efforts, to which he dared he could make a better wine, despite no formal training. Amazingly, they hired him (easiest job interview ever)!

Fortunately for the Adantis, Palini, an apparent grape-whisperer, had incredible instinct when it came to the growing and handling of Sagrantino, an extremely tannic grape that produces aggressive, rustic wines when not handled properly. He modified their vinification techniques and lowered vineyard yields to create one of the most admired wines of the region for over three decades.

Today, Alvaro’s son Daniele is the steward of the wines, as Donatella, a second-generation Adanti, runs the winery. There is a tight bond between the Adantis and Palinis, yet they welcome guests like new members of their clan. My tour and tasting lasted several hours, culminating in a dinner invitation that evening. As I said before, there is no such thing as “alone” in Italy. 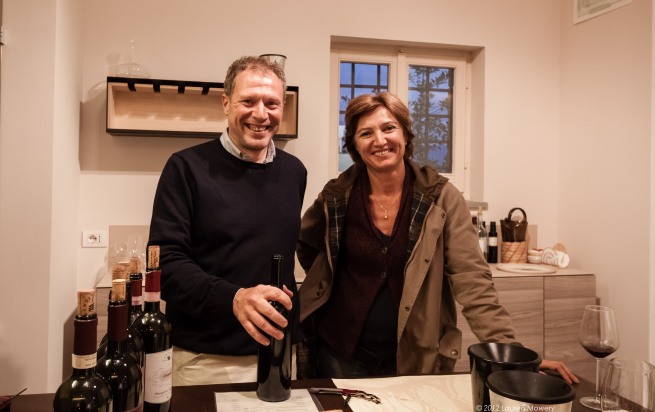 Daniele, the winemaker on left, Donatella Adanti on right

As for the wines, we tasted through their line-up, which meant sampling the 2006 Sagrantino (as opposed to 2007 at many other wineries) and 2005 for their first bottling of their highest altitude, vineyard designated il Domenico. Adanti holds their wines back one year longer than many other wineries because Daniele feels Sagrantino needs a healthy dose of bottle aging before drinking. 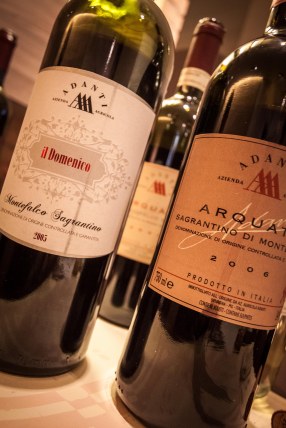 Each wine had its own personality, but I particularly loved the cherry-tobacco perfumed Montefalco Rosso 2008 and the power and intensity of the blackberry-laced il Domenico 2005.

I must admit to being spoiled like a princess—Daniele tracked down a 1999 so I could experience an older Sagrantino. So far on the trip, I had only sampled babies and I wanted to taste a mature bottle. The 1999 submitted a convincing oral argument for the need to lay this wine down (and have a wine cellar). Loads of black fruit, tobacco, leather and caramel notes filled my glass, but all that tannic intensity had dissolved into a smooth, silky texture. That bottle was a highlight of my visit, and I was lucky enough have another one sent home with me. 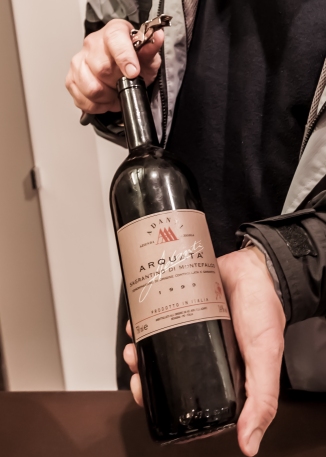 Sagrantino from 1999, a highlight of the trip

After the tasting, we went out to an exceptional dinner at Enoteca L’Alchimista in Montefalco. I was amused to suggest a place they had not been before, despite this being their hometown. The food was incredibly fresh, focusing on seasonal, local produce—the norm in Italy. Porcini mushrooms hit their stride that week, so we indulged in multiple plates, washed down with Adanti wines and local, craft beers. 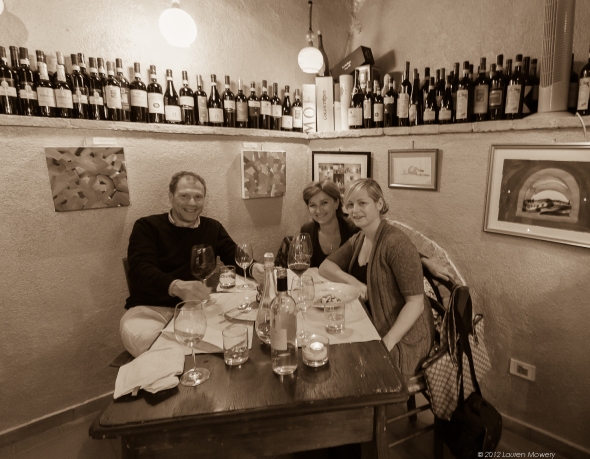 I have since stayed in touch with both Donatella and Daniele. Donatella has sent me several images of the changing leaves in the vineyards. Donatella’s niece Stella took the image of the red Sagrantino leaves below. She has a lovely eye! 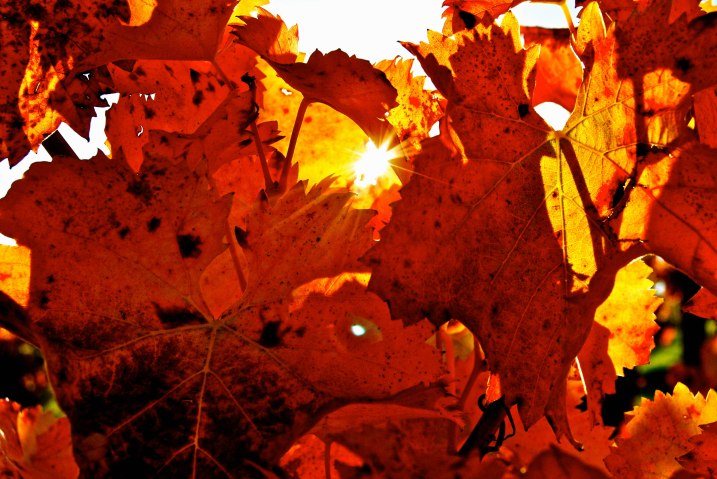 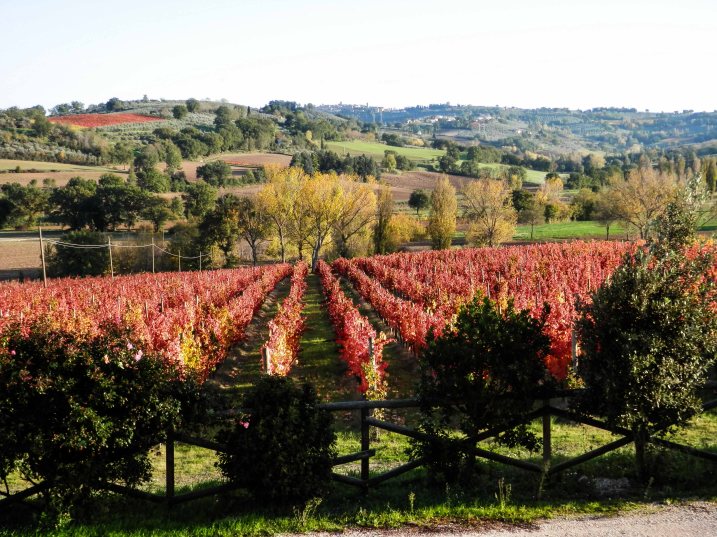 2 responses to “Under the Umbrian Sun, Part 5: Adanti”